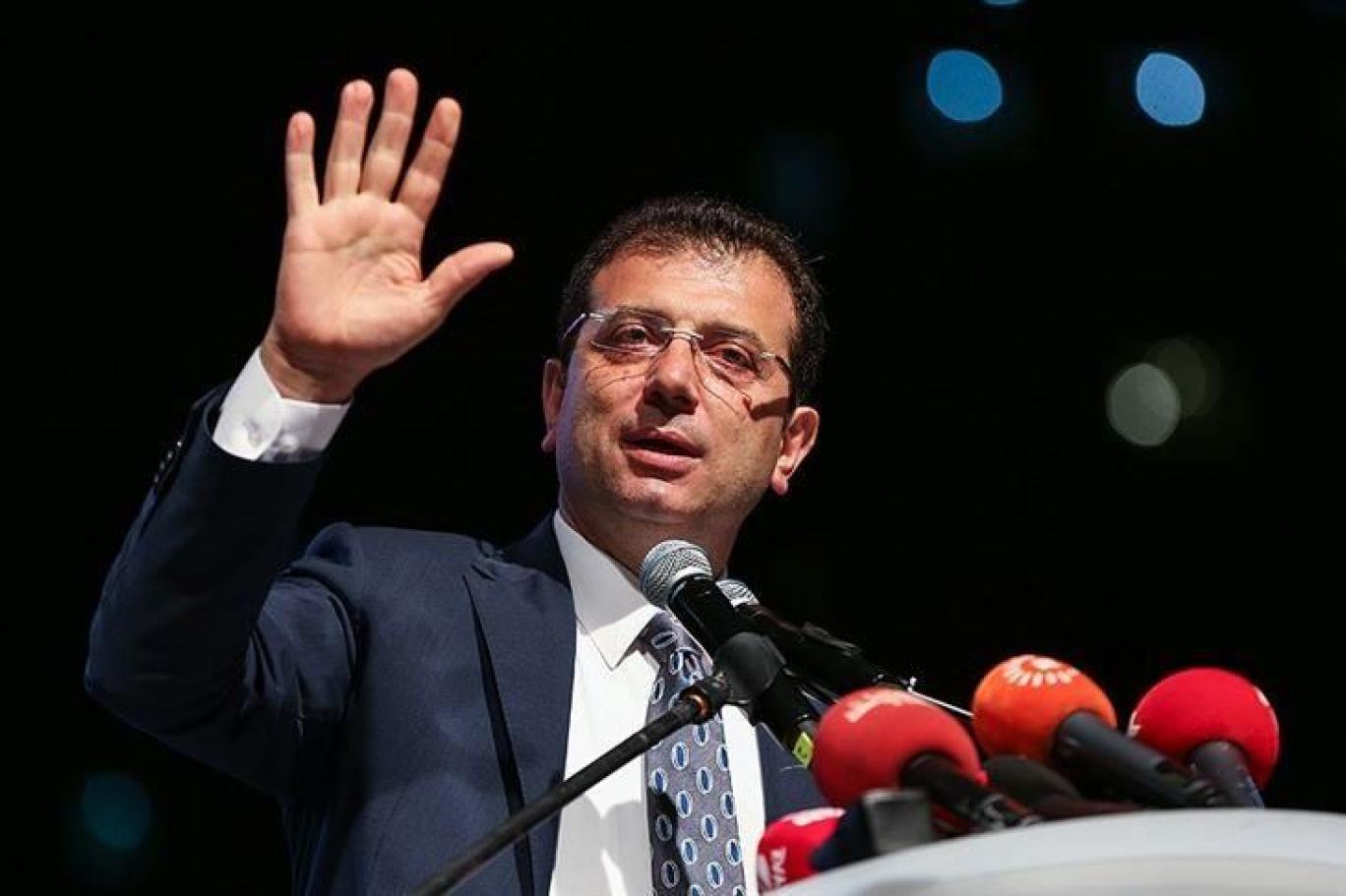 The mayor of Istanbul, Ekrem Imamoglu, inaugurated three municipal canteens in a few months. The price of the meals defies all competition, while the inflation of foodstuffs exceeds 100% over one year.

Along the tram tracks in the central district of Fatih, Kent Lokantasi stands out from the other businesses that line the noisy Turgut Ozal Avenue. A bright red storefront with the Istanbul City Hall logo cut out in white, and a long queue of customers that stretches from the checkout to the front door. “And again, today, there aren’t too many people! There are days when the queue continues in the street,” puts Remziye, in her thirties, employee of this municipal canteen, into perspective.

But the main difference between this restaurant and other establishments in its neighborhood lies in the price of its menu: 29 Turkish liras, or just under 1.50 euros for a full meal. An unbeatable price while the Istanbul Chamber of Commerce estimated in November the price increase over one year at 105% in the Turkish economic capital. According to the Statistical Institute of Turkey, which calculates inflation at 84% year on year, the cost of food in particular has increased by 102.5% since November 2021.

At Kent Lokantasi, the menu changes daily. At the entrance, the daily specials are written in chalk on a board. That day, it’s tomato soup with cheese, beef stew with green beans, börek (a traditional savory pastry), and salad of grated carrots and nuts with yogurt.

Seref, a bus driver, is seated with a colleague for his meridian break: “I have been coming since the opening. Whenever I’m in the neighborhood, I have lunch here because it’s very inexpensive, ”says this 49-year-old Istanbul resident while chewing a piece of bread. He looks at his tray and estimates the price that the same menu would have cost him elsewhere: “Starter and main course 115 TL, with dessert 130, it could even go up to 150 in some places. “Paid at the minimum wage like 43% of employees in Turkey, Seref earns 5,500 TL per month, or around 276 euros.

“We have a lot of customers who come every day. High school students, students, nurses, policemen, everyone comes to eat with us,” says Remziye proudly. The municipal restaurant that employs him serves 900 people a day between noon and 8 p.m. Located in the district of Fatih, the historic center of Istanbul, this canteen was the first to be opened, last summer. Since then, two others have opened their doors in Bagcilar and Sultanbeyli, two outlying and working-class districts of Istanbul.

Gönül, employed in a pharmacy, is conquered by the formula proposed by the municipal canteen of Fatih: “Everything is very good and the price is really very affordable. In trade, prices have soared. Labels change every two days in stores. The Turkish economy sank. If this government is reappointed, it will only get worse. The social action of the mayor of Istanbul, Ekrem Imamoglu, underlines the very contrasting economic record of President Erdogan in recent years.

The opposition mayor does not hesitate to stage for the cameras behind the pots, ladle of soup in hand, during the inaugurations of these municipal canteens. He takes care of his image as a servant of the working classes hit by the crisis.

Because although recently sentenced in the first instance by the Turkish courts to 2 years and 7 months in prison together with a sentence of ineligibility for “insulting” the members of the Turkish High Electoral Council, the Kemalist councilor (from the CHP, the People’s Republican) is nonetheless one of the potential opposition candidates facing Recep Tayyip Erdogan in the spring 2023 presidential election. He appealed against his conviction, rejecting a possible application of his sentence to the outcome of his appeal.