In Istanbul, a restaurant for the most disadvantaged 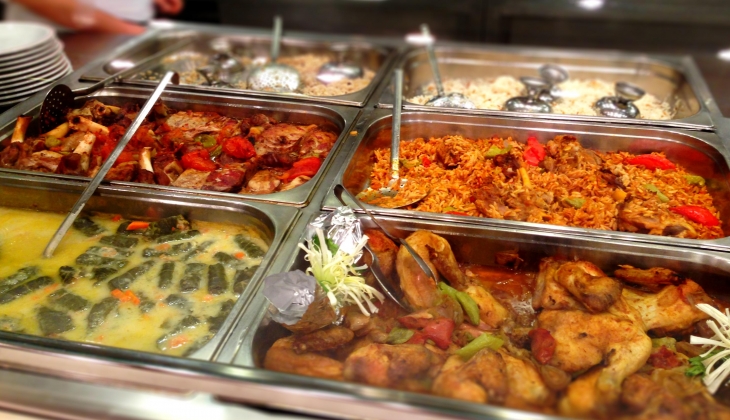 A restaurant opens for the most disadvantaged in Istanbul. In Turkey, where inflation is at historic highs, more and more people are struggling to make ends meet and eat properly. The municipality of Istanbul, led for three years by opponent Ekrem Imamoglu, has just opened its first restaurant in Istanbul for the most disadvantaged. Balanced meals served at unbeatable prices. The project, set to expand rapidly, is already meeting with great success.

“The menu of the day: meat and eggplant in the oven, bulgur, chicken soup, yogurt with garlic and dill. I tasted everything, I love it! “A single menu, four courses, all for 29 Turkish liras, or 1.60 euros, not even the price of a soup in any other restaurant in Istanbul. Here, it is the town hall that manages and serves 500 meals a day in two rooms with 80 seats, filled from noon to 8 p.m.

Promise of Ekrem Imamoglu, the opposition mayor elected in June 2019, this municipal restaurant in Istanbul has taken a long time to see the light of day, but it comes at the right time. With an official inflation rate approaching 80%, it has been nearly 25 years since the purchasing power of Turks has declined so much.

This canteen-like place is aimed at Istanbul residents who need it most: students, unemployed or low-wage workers, and retirees. Like Nevin and Fatma, in their sixties, who come to eat here four times a week. “Only 29 pounds! At home, I couldn’t cook the same meal for that price. “says Nevin. “It’s become so hard to make ends meet. Between the bills, the shopping,” adds Fatma.

“In stores, prices are increasing every day! Labels change daily! “, resumes Nevin. “Before, bulgur was the cheapest product. Today, it’s luxury,” says the other. “And yet, according to those who lead us, everything is fine, life is not so expensive. But let them come and see how we live! Nevin is still indignant. Istanbul is the most populated and expensive city in the country.

The restaurant in Istanbul only employs women, in a country where less than a third of them work. Istanbul City Hall plans to open ten before the end of the year.

“We know very well that real inflation is twice as high as the official figure because we experience it on a daily basis and because it is the conclusion of independent economists, explains Murat Yazici, the deputy secretary general. Our constituents are finding it increasingly difficult to eat healthily, and even to eat at all. We do not claim to solve the problem of poverty with a few restaurants, for that it would be necessary to return to a correct management of the economy. But we are doing what we can to help as many people as possible. »

The town hall fears, however, that the government will try to prevent its project, as it has done in the past with other initiatives in favor of the most deprived. As inflation stokes discontent, President Erdogan takes a dim view of anything that can bolster the popularity of opposition mayors, including that of Ekrem Imamoglu, one of his potential rivals in the 2023 elections.