Turkey wants to conquer space… with a kebab 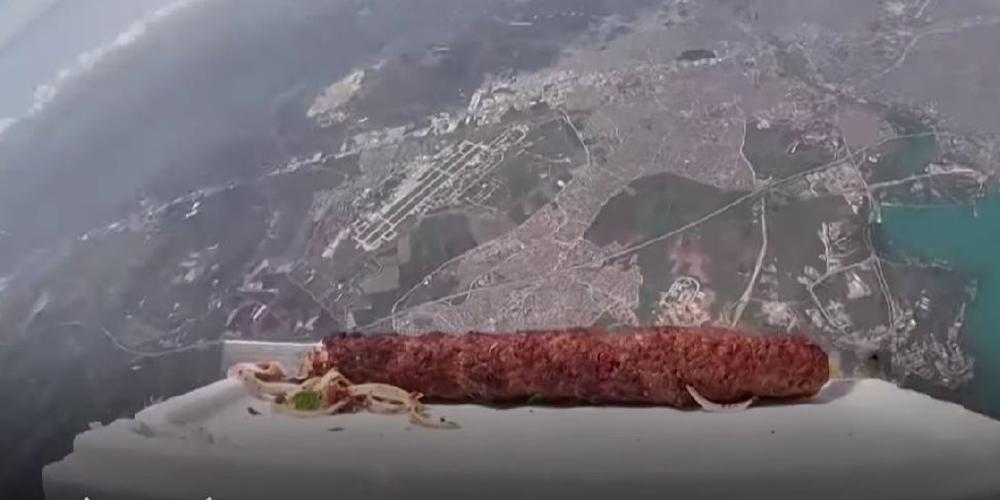 A Kebab in space ! A small step for a restaurateur, but a giant leap for Turkish gastronomy?

In recent years, we have been witnessing a new space race, more than half a century after the Cold War. But behind the United States which dominates their subject and China which is progressing at a dizzying speed, some have to be content with more modest projects. This is the case of Turkey, where a restaurateur has set himself a rather comical objective: to send the most famous of local specialties, the kebab, as high as possible in the atmosphere… and possibly in space!

The country only entered the space race very recently. The Turkish Space Agency is still very young since it was founded in 2018. But that does not prevent it from being ambitious; last year, the Daily Sabah newspaper relayed the words of President Erdogan who announced a real space program in good and due form. The objective: to allow Turkey to join the very closed circle of nations that have left our earthly cradle.

The program is advancing at high speed and is among the most promising at present. But the first concrete results are not expected before 2023 at the earliest; it is on this date that the country plans to send a first mission to the Moon. And by 2030, it is the first Turkish rover in history that could leave to explore our satellite.

Instead of patiently waiting for this very exciting deadline, it was an individual with an unexpected profile who took over on a very different scale, and with a particularly unusual project. Interesting Engineering has indeed spotted a funny story told by the local newspaper Daily Sabah. Yaşar Aydın, a local restaurateur, wants to take the gems of Turkish gastronomy to new heights — literally.

A stratospheric kebab as a gastronomic ambassador

To do this, he teamed up with entrepreneur and aerospace student İdris Albayrak. The latter founded Alba Loon Space, a startup that intends to produce balloons in the service of atmospheric and space science.

Together, they designed an airtight box that they attached to a helium balloon equipped with cameras and a GPS tracker. Their goal: to send it as high as possible with a kebab on board. They waited for a symbolic date to launch, and the opportunity arose on April 12.

This is an important date in the history of aerospace. Indeed, this marks the anniversary of the very first space flight in history, carried out by the legendary Russian cosmonaut Yuri Gagarin aboard the famous Vostok. Aydın wished to honor him in his own way; and he was not disappointed since the most “flying” kebab in history reached 38 kilometers in altitude! Not sure if it stayed hot for very long.

Inevitably, the balloon ended up bursting; the box therefore plunged straight into the sea below. But he was not lost for all that; after recovering it thanks to the GPS tracker, Aydın and his team realized that the fish had taken advantage of it. And this teaser took the opportunity to joke about the outcome of the “mission”. “I believe the aliens sent him back because he was too peppery. I will send a less spicy kebab next time,” he joked.

And the formula is not chosen at random. Indeed, this “launch” was the first of what promises to be a funny soap opera. Because if the Aydın flat was still far from reaching the Kármán Line, the “official” limit of space located arbitrarily at 100km, it does not intend to stop there. Interesting Engineering spotted and translated another interview, this time in the daily Cumhuriyet, where Aydın clearly announces his intention to do even better.

“We managed to send this kebab to a certain level of the atmosphere, but we may manage to go even higher in the future,” he enthuses. Will he achieve his goals one day? Nothing is impossible in an age where entrepreneurs can send cars into space on a whim (see our article). And if we rely on the automatic translation of the dialogues (to be taken with a grain of salt, of course), this indeed seems to be its final objective. With any luck, the rise of the Turkish space program may allow Aydın to achieve his oh so unusual goal of officially claiming the first extraterrestrial kebab.