War in Ukraine : While waiting to sell Chelsea, Abramovich would negotiate to buy a club in Turkey 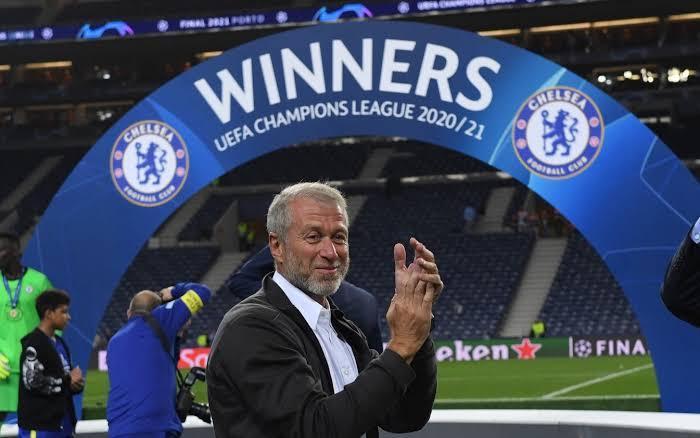 Roman Abramovich, owner of Chelsea riddled with sanctions for his closeness to Vladimir Putin, is negotiating to offer himself a new club in Turkey: Göztepe, according to the Fanatik newspaper.

A new club for Roman Abramovich? According to these news (Turkish newspaper Fanatik), the Russian businessman and his representatives have started negotiations to buy the Turkish club Göztepe, currently 18th in the Süper Lig (Turkish D1). Mehmet Sepil, the president and majority shareholder of the club recently announced his resignation while retaining his functions until the end of the season. Time to find a buyer. And this one could therefore be Abramovich, billionaire and owner of Chelsea since 2003.

According to Fanatik, Abramovich and Sepil were put in touch by a Turkish businessman. The two men should soon meet physically to discuss this takeover of the club based in Izmir where the former Toulousain, François Moubandje, plays in particular.

Roman Abramovich is one of many Russian oligarchs targeted by sanctions from the European Union and the British government for his closeness to Vladimir Putin, Russian President who started the war in Ukraine on February 24.

Abramovich and Turkey : Sale of Chelsea not yet finalized

He had put Chelsea up for sale before the announcement of these very strict measures, such as the freezing of his assets. This heavily impacts the Blues, who now have a special license prohibiting them from selling tickets, merchandise, signing new contracts and exceeding a limited travel budget. According to the English press, the race to buy the club is intensifying and a shortlist of contenders should soon be released.

In mid-March, Abramovich was spotted in Tel Aviv on a stopover in Turkey, where the British press suspects he had gone to hide his very expensive yachts, where they would be protected from seizure by Europe. . His bond with Turkey could now grow stronger with this investment in football.

Blacklisted by the British government and the European Union because of his links with Vladimir Putin, will Roman Abramovich buy the Turkish club Göztepe? While his yacht “Eclipse” has just moored in Turkey, the Turkish daily Fanatik reveals that official talks have started between Mehmet Sepil, the current owner of the 18th in the Süper Lig, and representatives of the Russian billionaire, who has put in Chelsea sale a few days ago.

According to this source, a Turkish businessman is the link between the two parties and should meet Mehmet Sepil soon. The latter, who owns the majority of the shares of the Göztepe club, recently announced his departure from the Turkish club at the end of the season. A windfall for Abramovich, whose assets are frozen in Britain and the European Union, but not in Turkey?